The Dark Knight has been transformed into a human atomic bomb, all in the name of wiping Superman from the face of the Earth! As Batman struggles against the urge to kill his friend, Superman must undo the damage done and help the other victims of the Ultra-Humanite’s experiments. It’s the thrilling conclusion to “Atomic” that will reverberate across the DC Universe for months to come!

Buy Batman/Superman Vol. 1: Who are the Secret Six? on Amazon. 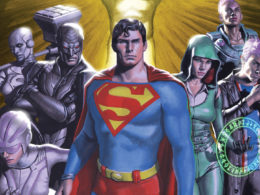 Following Mongul’s brazen attack on Earth, Superman’s world has been turned upside down: conflict between Atlantis and the…
byJay W
No comments 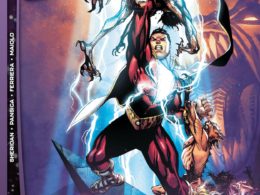 No one’s seen Billy Batson in years-not since the incident known as the Final Battle of Titans Island.…
byJay W
No comments

THE AGE OF KHONSHU! An empowered, godlike Moon Knight has just saved the world from fiery ruin. Now…
byJay W
No comments

SPIDER-MAN LIKE YOU’VE NEVER SEEN HIM BEFORE! Peter Parker finds himself at the middle of the biggest, most…
byJay W
No comments