Batman and the original Robin finally reunite in ‘The Joker War’

Batman and the original Robin are back together again. Or at least they will be in Batman #99, when the Caped Crusaders must team up once again to take on the combined forces of Joker and Punchline in “The Joker War” storyline event.

Dick Grayson has been recovering from amnesia after being shot in the head by the villain KGBeast in the pages of Batman; as a result of his grievous injury, Dick inadvertently ditched his Nightwing moniker and took up the name Ric Grayson — a divisive move among DC Comics readers.

DC has released preview cover art and synopses for Batman #98 and Batman #99, where the Joker War storyline starts to heat up and Batman must team up with Harley Quinn and then Nightwing to stop the Joker from overthrowing the city.

“The Joker War” officially kicks off in Batman #95 in July, but when Batman #98 hits shelves on September 1, Harley Quinn steps in to become Batman’s savior! Batman is at his most vulnerable following a massive dose of an experimental new Joker toxin, so while the Dark Knight haunted by demons and visions it’s up to Harley Quinn to protect him while he recovers—because Punchline is on her way!

What do you think of the upcoming reunion between Batman and the original Robin, Dick Grayson? Let us know in the comments.

APHRA HAS A NEW WORST ENEMY – THE VILLAINOUS DOMINA TAGGE RETURNS! Someone sinister has put a price…
byJay W
No comments

The legendary story of Batman and Robin has reached nearly mythic proportions: the crime-fighting Dynamic Duo, always one…
byJay W
No comments 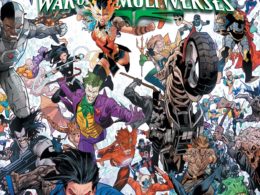 What would it take to get every being left in the Multiverse to side together in the ultimate,…
byJay W
No comments 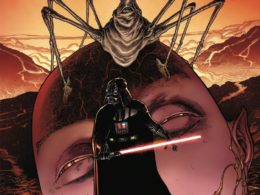 INTO THE FIRE! Hungry for vengeance after his brutal punishment at the hands of THE EMPEROR, can DARTH…
byJay W
No comments