Back in February, Boom! Studios hinted at a brand-new, big-name creator owned series hitting shelves and digital format in the Fall. This morning, BOOM! revealed that big-name creator and although it’s not who you or I might have expected — we’re not gonna complain one bit.

That’s because A-List Matrix and John Wick movie star Keanu Reeves is cutting his teeth as a comic book writer on BRZRKR #1, a 12-issue limited series which focuses on a centuries old warrior (with a striking likeness to Keanu himself) who, in the present day, undertakes extremely dangerous missions for the U.S. government in exchange for knowledge of his past.

According to an interview with USA Today, Reeves met with Boom! roughly a year ago to discuss ideas which might translate well to the silver screen and Reeves devised “this character who was born 80,000 years ago, half man, his father’s a war god. It’s a little fantasy in reality. I had this image in my head of a guy fighting through the ages because of his father’s compulsion to violence but with the pathos of a man ‘trapped and trying to figure it out.'”

Although the Berzerker has battled his way through centuries of conflict and harbors, to a certain degree, the powers of immortality, Reeves said, “He has to also hide himself. So he’d pretend to die and then keep moving on. When readers first meet him, he’s ‘hiding’ in the USA and has struck a bargain with authorities: It’s like, ‘I’ll go do some missions for you and you’ll help me figure out who I am and how this has come to be and how maybe I could get released from this.’ But then of course there’s ulterior motives on both sides.”

BRZRKR will also include scenes where knowledge from his past must be utilized for missions. If he can remember them, that is. “We have hopefully some nice scenes where when they’re looking at hieroglyphics, and he’s like, ‘No, you got that wrong… And there’s things like, ‘Hey man, I wasn’t everywhere. I’m just one guy.’ Part of the research that they’re doing on him is trying to download all of the knowledge that he has,” Reeves explained.

Of course, being a demigod warrior means there will be plenty of violent, action scenes within the pages of BRZRKR. “It’s like, ‘Yeah, I think it would be fun just to see him punch through someone’s chest or pull out a rib or rip an arm off,'”…. The Berzerker “can heal to a certain extent, so it’s fun to have these kinds of outrageous consequences and still have the character kind of moving forward.”

Boom! editor-in-chief Matt Gagnon praised Reeves for his creative mind. “Working with Reeves has been immensely cool,” Gagnon said. “Spend five minutes with Keanu and it becomes clear very quickly why he’s earned all the success he has. Exceptional creative instincts, deep reservoirs of wisdom on story, the ability to consistently tap into the raw emotion of a moment, relentless commitment to quality and the task at hand – it’s all this and much more that make Keanu an inspiring force.”

Are you looking forward to Keanu Reeves’ comic-book writing debut? Let us know in the comments. 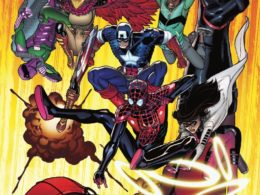 Ultimatum’s master plan is in motion and it’s way bigger than you expect. Nearly everyone in Miles’ orbit…
byJay W
No comments

The event over a year in the making begins Fear State settles upon Gotham City, and no one…
byJay W
No comments 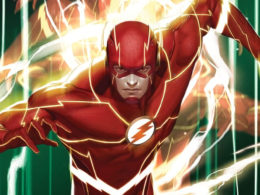 Sitting idle in Iron Heights Prison for years, Dr. Alchemy found the time and knowledge he needed to…
byJay W
No comments 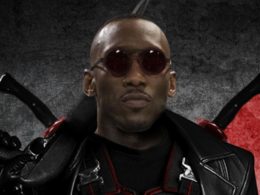