“The songs of eons past tell of battles between Mandalore the Great and an order of sorcerers called Jedi,” the Armorer narrates to the Mandalorian in the brand-new, Season 2 trailer dropped by the official Star Wars social networks earlier today.

“You expect me to search the galaxy and deliver this creature to a race of enemy sorcerors?” the Mandalorian asks, dubious of the new mission he’s tasked on undertaking with The Child, AKA Baby Yoda, everyone’s favorite new Force-sensitive character who was rescued and subsequently taken under the protection of the Mandalorian in Season 1.

“This is the way,” the Armorer matter-of-factly states.

From the official The Mandalorian Season 2 trailer description:

“The Mandalorian and the Child continue their journey, facing enemies and rallying allies as they make their way through a dangerous galaxy in the tumultuous era after the collapse of the Galactic Empire. “The Mandalorian” stars Pedro Pascal, Gina Carano, Carl Weathers and Giancarlo Esposito. Directors for the new season include Jon Favreau, Dave Filoni, Bryce Dallas Howard, Rick Famuyiwa, Carl Weathers, Peyton Reed and Robert Rodriguez. Showrunner Jon Favreau serves as executive producer along with Dave Filoni, Kathleen Kennedy and Colin Wilson, with Karen Gilchrist serving as co-executive producer.”

The Mandalorian’s spaghetti western in space adventures continue in The Mandalorian Season 2, whose trailer portends the Mandalorian and his order communicating with their ancient enemies, The Jedi, in an an effort to give The Child AKA Baby Yoda a home away from the clutches of the Imperial Order, who seem intent on using him for their own sinister purposes.

Also seen in The Mandalorian Season 2 trailer are Stormtroopers galore; Speeder Bikes; folding-wing TIE Fighters AKA Outland TIE Fighters; a Rebel X-Wing pulling up alongside the Mandalorian’s ship, The Razor Crest, presumably to issue a warning before attempting to take him down (or are they escorting him?); and a mysterious cloaked figure who vanishes quickly (pro wrestling fans might recognize the figure as the WWE’s Sasha Banks) from sight at the same time as the conversation between the Mandalorian and the Armorer’s conversation about the Jedi takes place — could this cloaked figure be a Jedi (or a Nightsister)? Will The Mandalorian deliver Baby Yoda to the Jedi? Who from the Jedi will be in communication with the bounty hunter overtly enough to accomplish said mission? 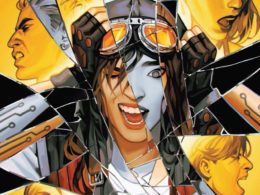 THE TRIALS OF VAALE! Separated from her crew, DOCTOR APHRA finds herself in peril at the hands of…
byJay W 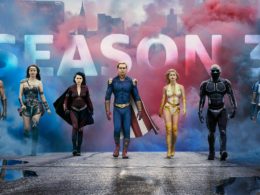 The Boys will be back in town again. Well, Amazon more specifically. Good news for fans of The…
byJay W

The origins of Mitth’raw’nuruodo, AKA Grand Admiral Thrawn will soon be revealed in the upcoming Thrawn Ascendancy trilogy,…
byJay W

AT WAR FOR THE GREATEST PRIZE OF ALL: HAN SOLO! THE HUNT BEGINS! Nobody. Steals. From BOBA FETT!…
byJay W