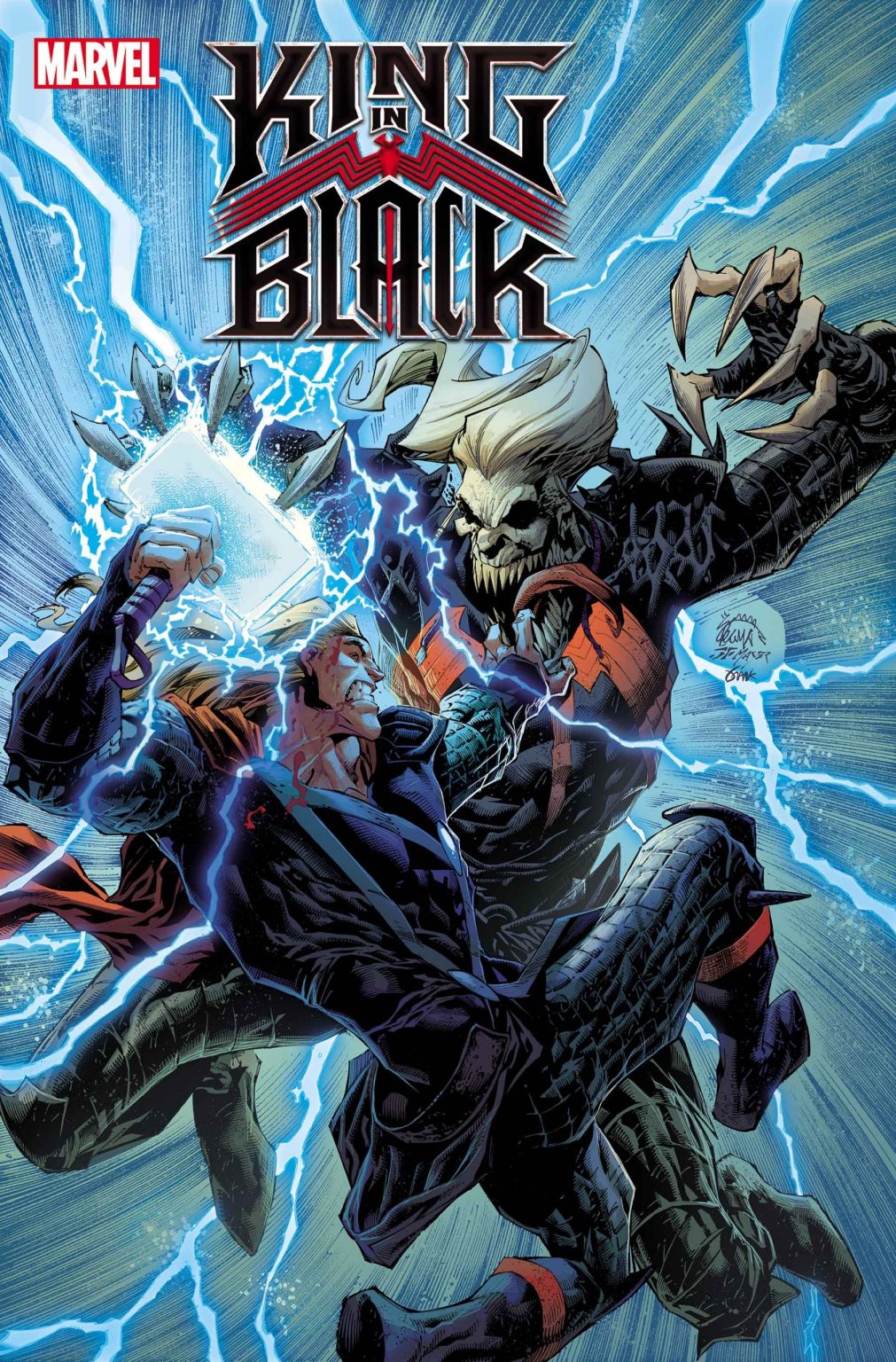 Art and Cover by RYAN STEGMAN

After last issue’s shocking finale, the heroes of the Marvel Universe are reeling. Outgunned and outmanned, but never outdone, they unite and face KNULL, God of the Abyss, as he ensnares the planet in the darkness of his reign! Superstars DONNY CATES and RYAN STEGMAN continue to raise the game — and the stakes for the Marvel Universe in this Earth-shattering epic! 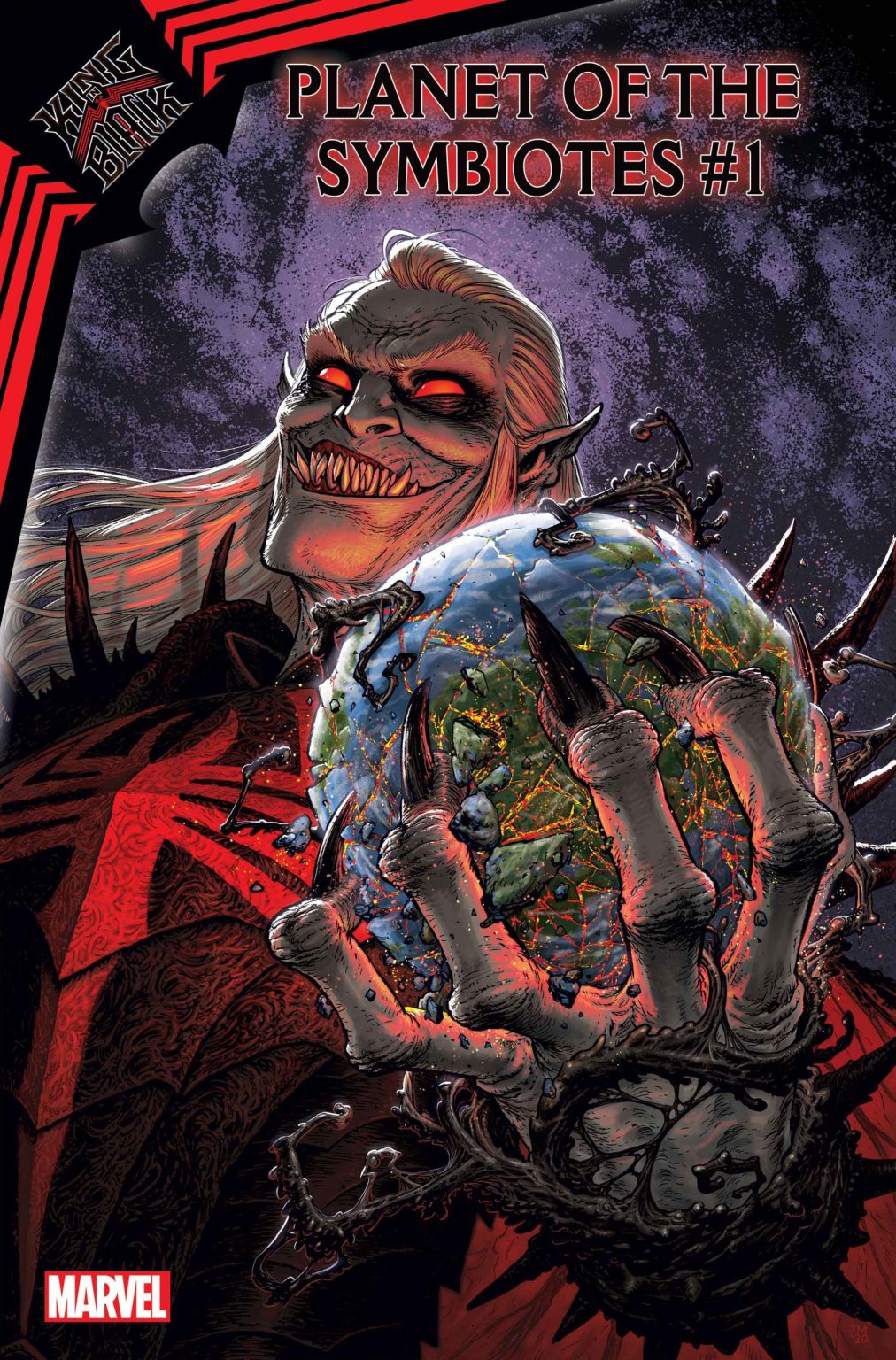 DARKNESS REIGNS OVER THE MARVEL UNIVERSE! 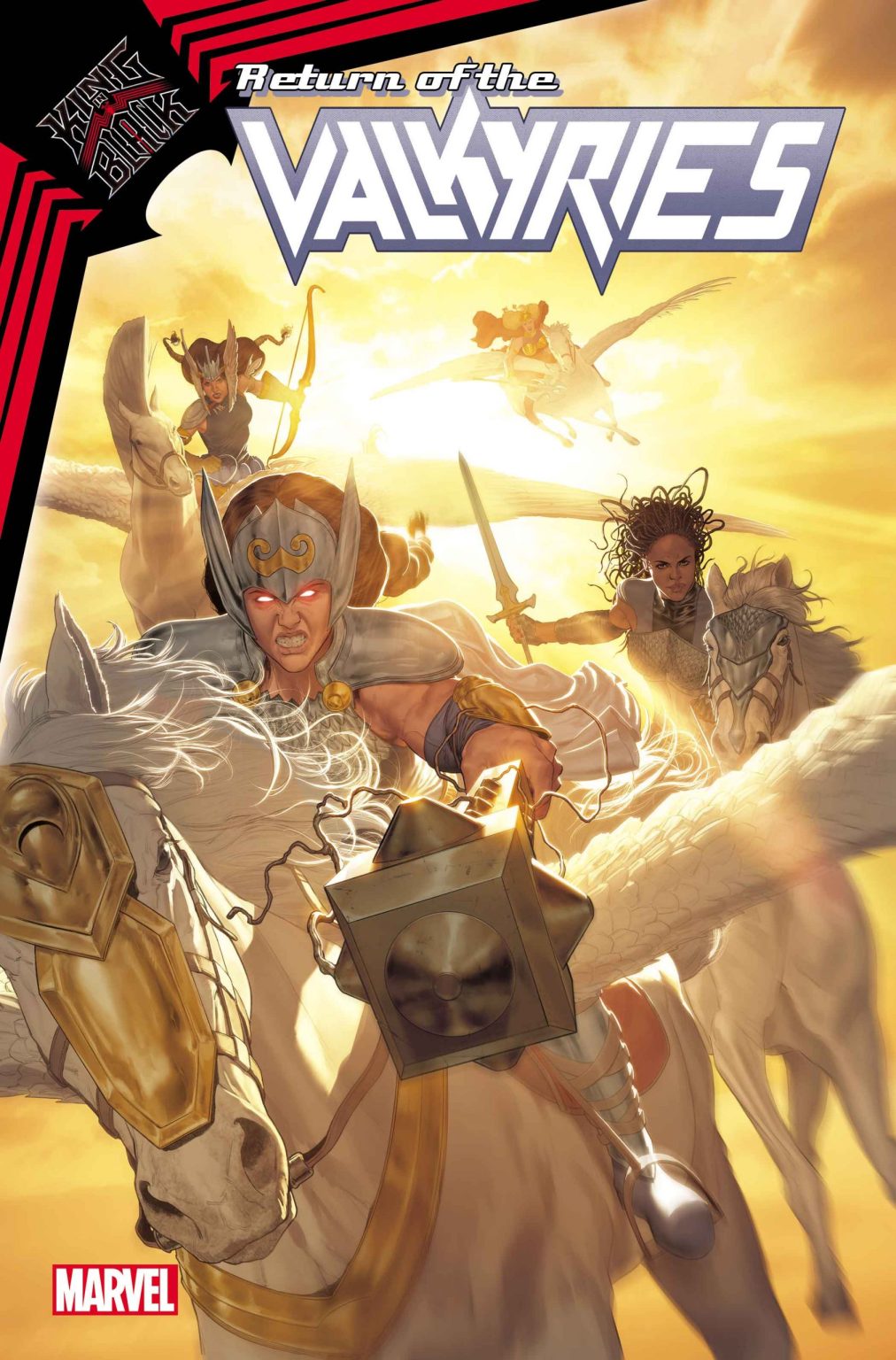 Once there was an entire army of Valkyries, but now Jane Foster is the only one. When the King in Black comes to Midgard, Jane must rebuild the Valkyries to help stop him — starting with Hildegarde, a warrior from Asgard’s own hallowed halls, and X-Man Dani Moonstar, a former Valkyrie herself. But what Jane doesn’t know…is that she never was the only Valkyrie after all. Who is the fourth warrior? Jason Aaron and Torunn Grønbekk team up with artist Nina Vakueva for a story that will rock the foundations of the Marvel Universe! 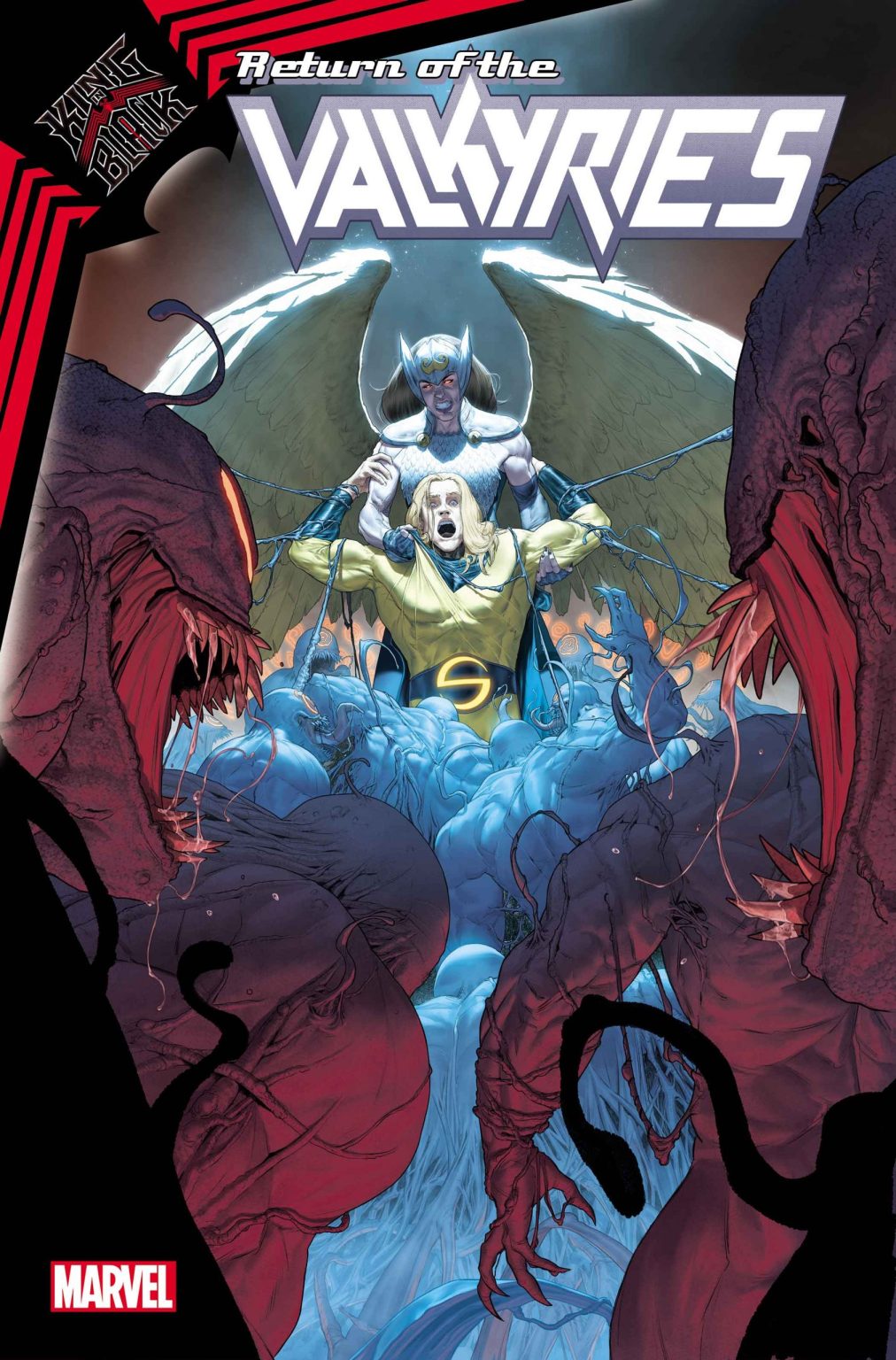 Knull and his symbiote horrors have come to Earth, and now all Jane Foster sees when she looks at that big blue globe…is a vision of death. Most of Earth’s heroes are locked in battle on the ground, and it’s up to Jane and the Sentry to protect the rest! But Knull’s power has spread over the galaxy and infected creatures even older than the gods…and it may not matter how many Valkyries Jane can bring to their aid. 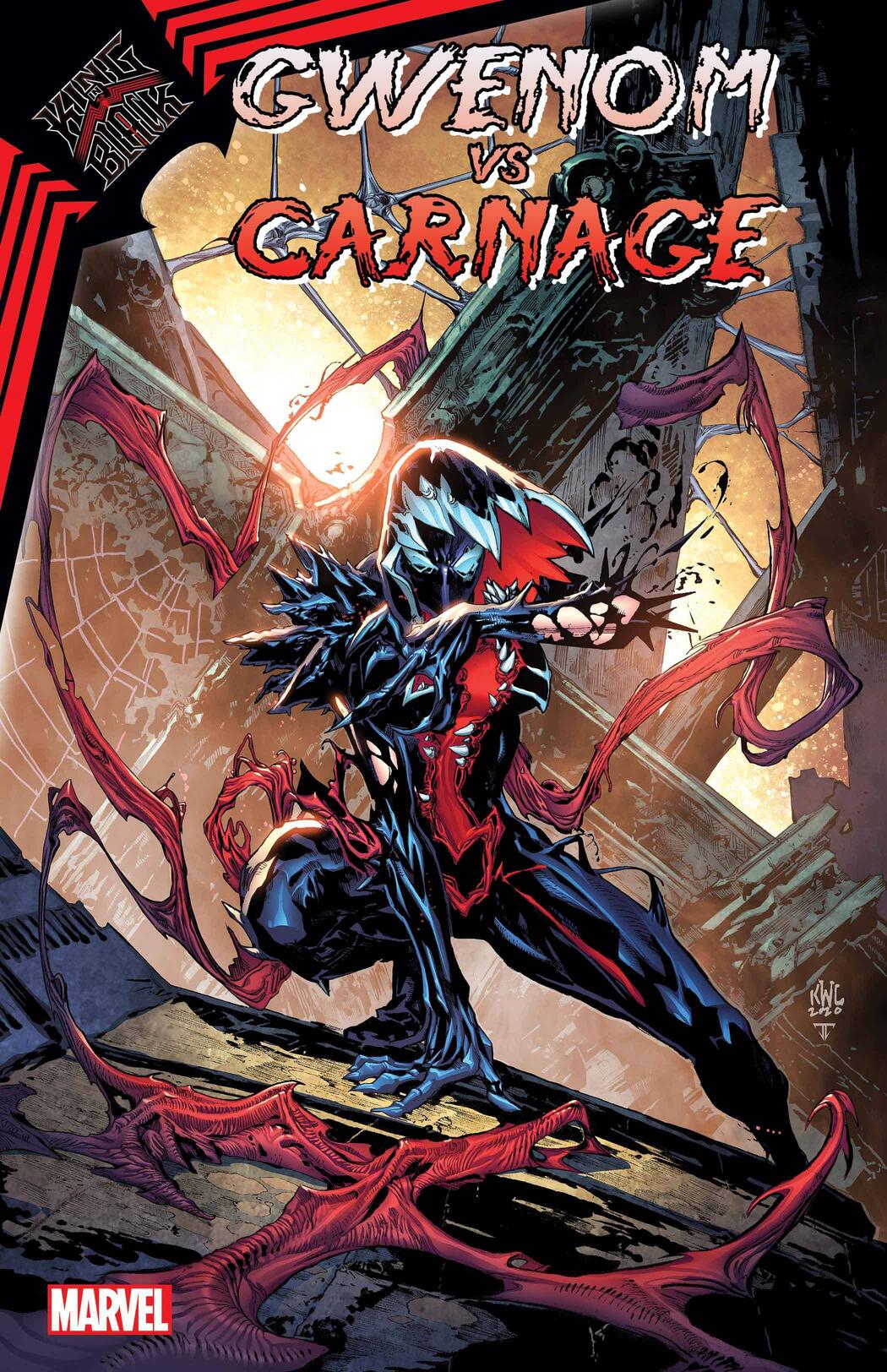 GWEN STACY ENTERS THE FRAY AGAINST THE KING IN BLACK!

Bonded to a synthetic symbiote from another reality, GHOST-SPIDER, aka Gwen Stacy of Earth-65, is unique among the webslingers of the multiverse! But when KNULL descends on her adopted home, his gravity well of dark psychic energy will reap unforeseen consequences not only on Gwen, but on her symbiotic suit as well!

THE BLACK KNIGHT DUELS THE KING IN BLACK!

KNULL’s ferocious assault upon earth has begun and Dane Whitman – Avenger, hero, and wielder of the mighty Ebony Blade as the BLACK KNIGHT – takes up sword and shield to defend against the unstoppable onslaught. Though the blade grants Dane incredible power so too does it consume him with a lust for violence and destruction. As the endless horde of symbiote dragons darken the skies of Shanghai, will the Black Knight overcome the growing evil within himself and join AERO and SWORD MASTER in saving the city?! And what secrets will the battle against Knull reveal about Dane’s past? 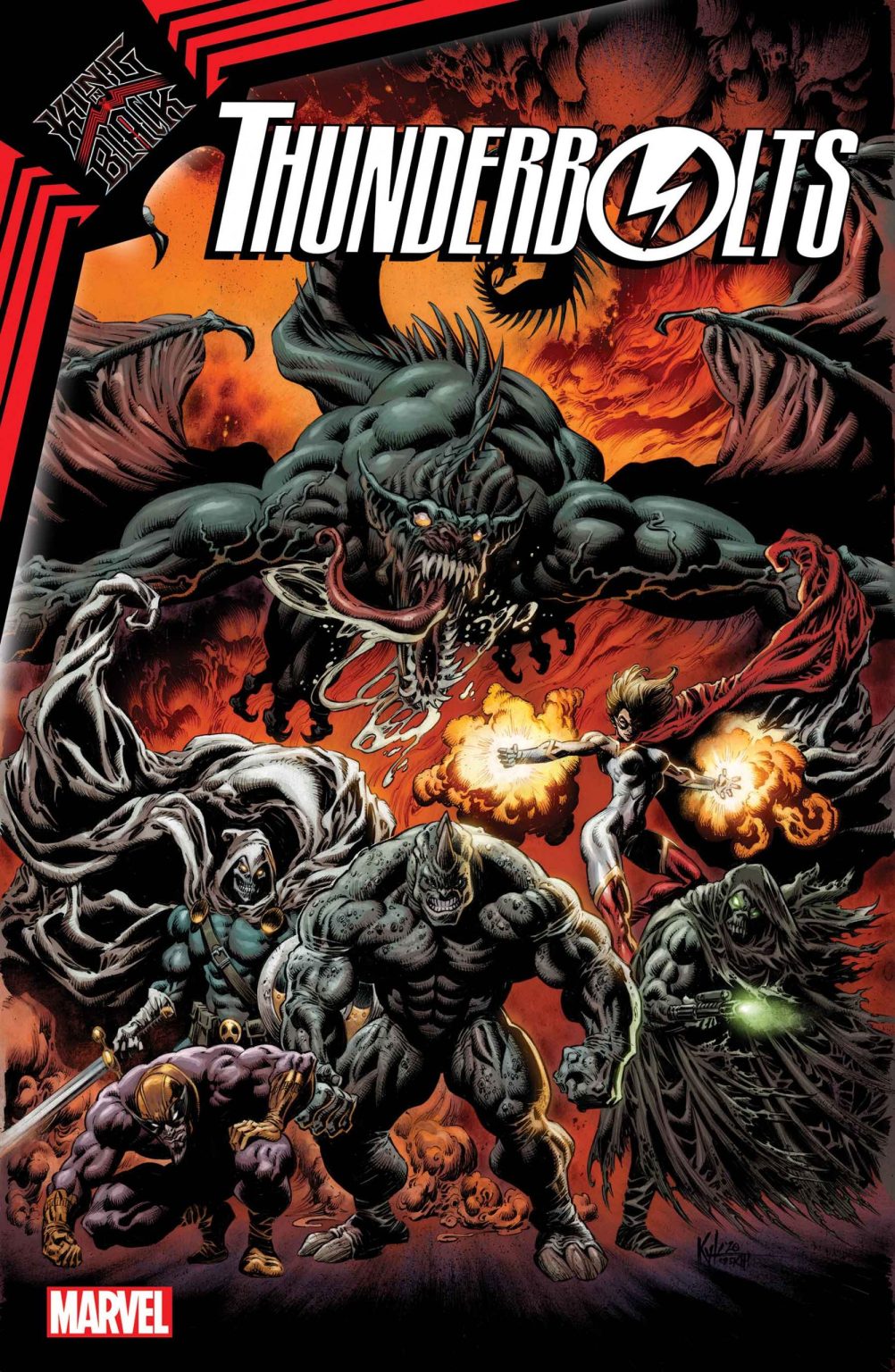 KINGPIN’S KILLERS VERSUS AN ARMY OF UNKILLABLE DRAGONS!

An army of evil space dragons have come to attack Earth and are starting with New York. MAYOR FISK has a plan for that. Assembling a group of killers, mercenaries, and just generally pretty horrible people like TASKMASTER, RHINO, STAR, MR. FEAR, and BATROC THE LEAPER, Mayor Fisk tasks them with saving the city or die trying…or die right then and there. The fate of the entire world may rest in the hands of the absolute worst people in the Marvel Universe. What could go wrong? 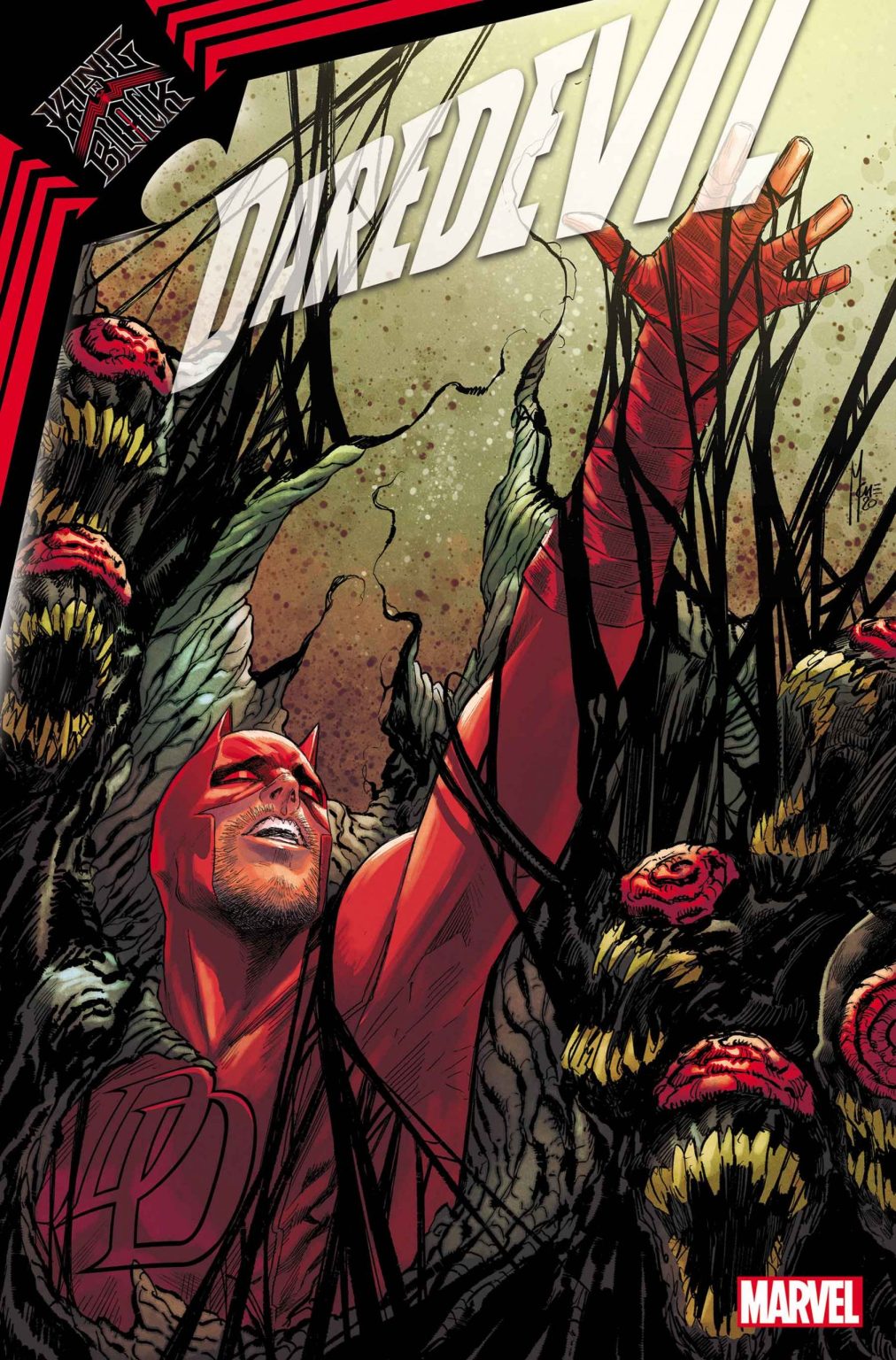 Matt faces a darkness unlike any before. Meanwhile, ELEKTRA may be in over her head for the first time in her life.

DAREDEVIL must find the strength to continue the fight as all hell breaks loose. 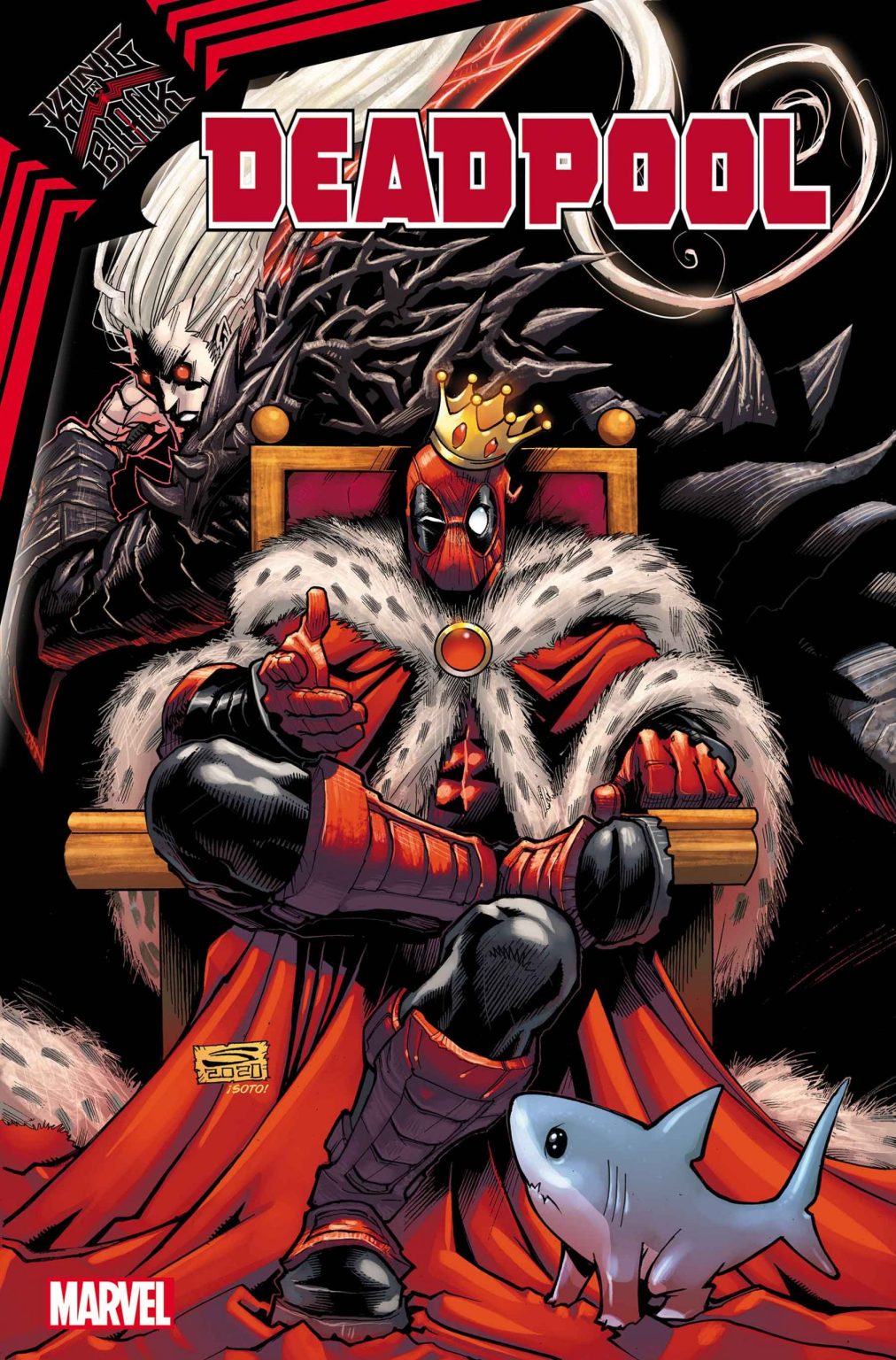 Art and Cover by GERARDO SANDOVAL

Guardians of the Galaxy #10 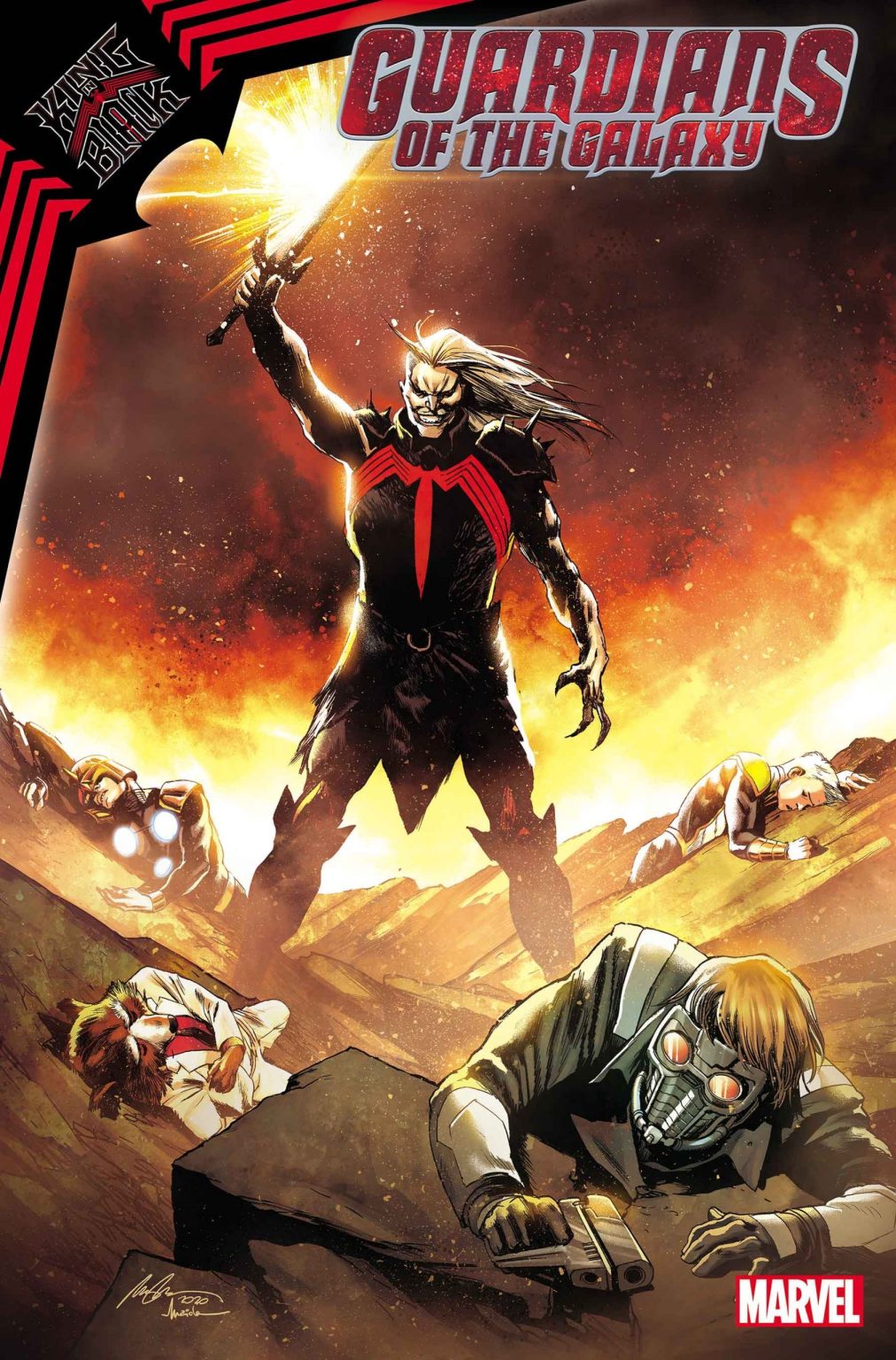 KNULL and his dragons are cleansing entire worlds of life. SPARTAX is their next target – and the GUARDIANS OF THE GALAXY can’t save it alone.
It’s a good day for the return of the legendary STAR-LORD…
Meanwhile, as the team battle cosmic horror, something worse is waiting – as the clock ticks down to the Last Stand in…
THREE… 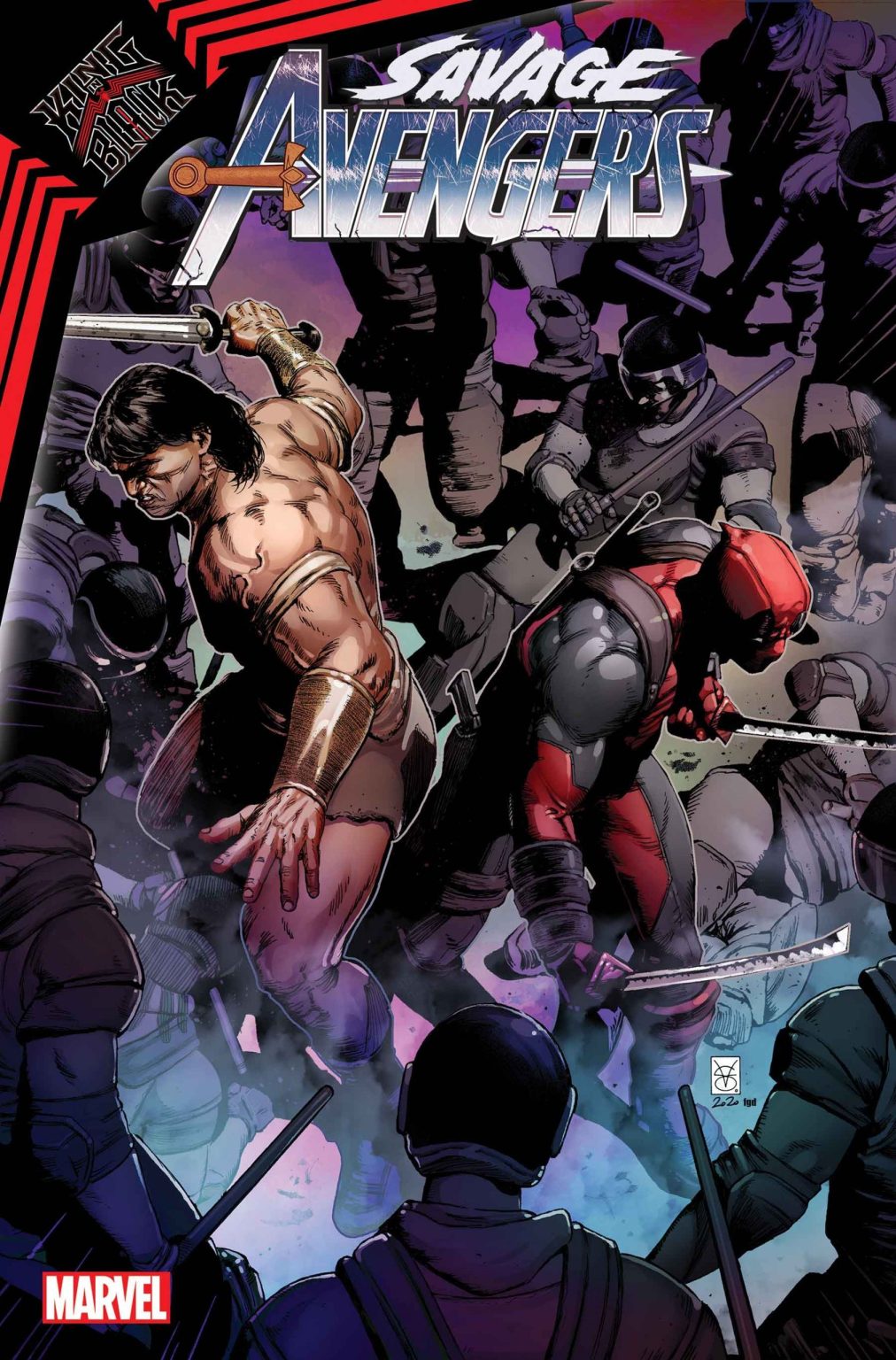 CONAN rings in the New Year on Ryker’s Island — which he promptly breaks out of with the help of…DEADPOOL. The two warriors fight together against the symbiotes of KNULL, and Conan makes a surprising discovery that may help him overcome KULAN GATH. 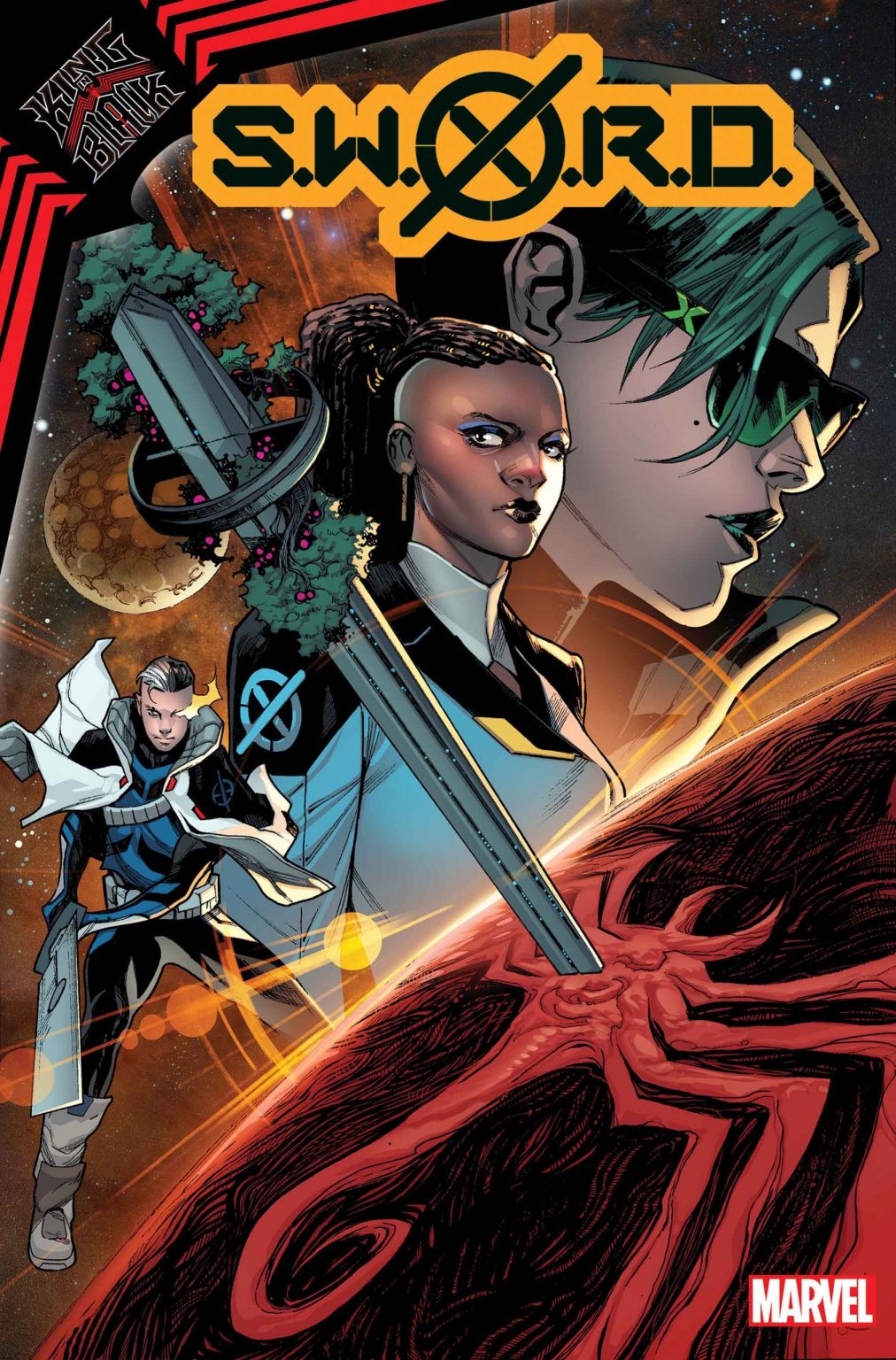 Written by AL EWING
Art and Cover by VALERIO SCHITI

WHAT IS PROTOCOL V?

The S.W.O.R.D. station is thrown in at the deep end of a planetary crisis as Krakoa battles the KING IN BLACK! While a cross-division team take on latex dragons from outer space, Abigail Brand prepares a deniable operation all her own. What is PROTOCOL V – and can the Earth survive it?

Which King in Black January issue are you looking forward to most? Let us know in the comments.

Marvel: Conan: Battle for the Serpent Crown #3 (of 5) preview

CONAN IN WAKANDA! CONAN’s quest for the SERPENT CROWN has transported him and co-adventurer NYLA SKIN to WAKANDA!…
byHeroDope
No comments 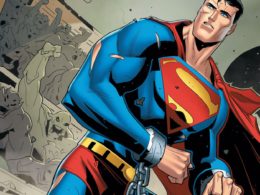 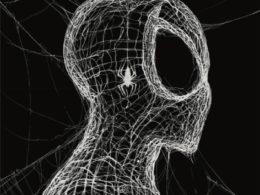