This is the way.

Fans of the hit Disney+ series The Mandalorian are about to get an even more extensive look into the world of the lone bounty hunter in a slew of new comics and books for fans of all ages. The series is slated to jet-pack jump into action this fall, with releases continuing through the winter and spring. Titles that have been announced already include:

Alongside these book releases will be a bounty of comics from Marvel and IDW Publishing, as well as novelty, magazine, coloring books and activity titles from publishers such as Titan, Studio Fun, Crayola, Thunder Bay Press, Disney Publishing Worldwide, and Dreamtivity. Bounty hunters-in-training and Baby Yodas won’t be left out: a Little Golden Book and Screen Comix retelling of Season One are also underway. 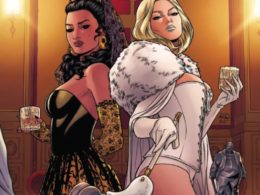 THE PAST CAN STILL BURN YOU! The Hellfire Gala may be over, but the flames of Hellfire past…
byJay W
265 shares
0
0
265 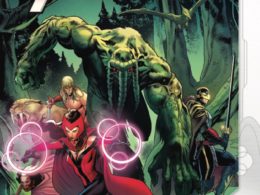 Earth’s Mightiest Heroes fight an intergalactic foe on three fronts! In New York, a villain from the past…
byJay W

“Get Yer Story Straight” Three crooks just managed to do the unthinkable: they stole something invaluable from Harley…
byHeroDope 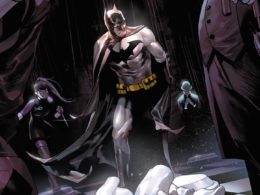 The greatest heist in history is underway in Gotham City, courtesy of the mysterious crimemaster known as the…
byJay W
wpDiscuz
0
0
Would love to hear your thoughts, please comment.x
()
x
| Reply