If you’re a comic book and video game head like I am, it’s due time you followed Raf Grassetti, art director for the God of War series and the Sony Playstation Santa Monica Studio on his social media accounts. The digital artist is more than diligent, sharing his striking renditions of characters from such beloved entities as Super Smash Bros., Star Wars, X-Men, Spider-Man and the focal point of this piece, Batman: The Animated Series with impressive frequency.

Batman: The Animated Series is not only one of my most enjoyed comic book animated series — it’s one of my favorite television shows period — so when I saw these highly stylized, 3D model spins on the Bruce Timm-style Batman: TAS designs, I knew I had to put the focus on them. In the following gallery, Raf puts his unique spin on characters from Batman: TAS, from the Dark Knight himself to Harley Quinn and the Joker and other renowned criminals from the Caped Crusader’s rogues gallery.

“They can bury me in the ground as deep as they like, but I’ll grow back…”

The botanist turned eco-terrorist, Pamela Isley AKA Poison Ivy has no interest in money, power or fame; she only wishes to see plant life on Earth flourish — even if it means burying any pesky humans who cross her path while doing so.

🦇BTAS 15 – Poison Ivy Having a lot of fun with these characters but I can’t wait to be done! 15 already 😳 New projects ahead! I’m adding Batman to the final image in the next couple of days! Thanks for following! #batman #comics #dc #btas #batmantheanimatedseries #dailyart #sketchbook

Riddle me this: I have billions of eyes, yet I live in darkness. I have millions of ears, yet only four lobes. I have no muscle, yet I rule two hemispheres. What am I?

🦇BTAS 14 – Riddler My take on Riddler from Batman the Animated Series. A few more villains left for the final composition. Thanks for following along 🙌🏻 #batman #joker #harleyquinn #dc #comics #btas #batmantheanimatedseries #characterdesign

One of Edward E. Nygma, a genius and former computer software designer turned super-criminal, The Rldder’s many, dangerous conundrums presented to Batman in Batman: The Animated Series.

“Ya hear him? A glocka wood, he called me! Me!! One of da greatest criminal grains in da city! Are you gonna let him get away wit’ dat?”

Arnold Wesker was just a mild-mannered ventriloquist with Dissociative Identity Disorder; unfortunately for him, his other personality, which soon became the dominant one, just so happened to be a criminal mastermind named Scarface, which he channeled through a carved woman dummy armed with a machine gun.

🦇BTAS 13 – Ventriloquist and Scarface Starting to run out of space. Just a couple more villains left on this piece 🙌🏻 . #batman #dc #btas #joker

“I am beyond emotions. They’ve been frozen dead in me.”

Victor Fries, was a brilliant scientist working at GothCorp who began experimenting with cryogenics to work on a cure for his terminally ill wife, Nora. Because these experiments were being performed with the company’s funds the CEO of GothCorp, Ferris Boyle, shut them down in a rage in the middle of one of the revival attempts, nearly killing Fries and his wife.

Fries survived, psychologically and physically altered, forced to wear a cryogenic suit which kept his body at an extremely low temperature. He was now forever known as Mr. Freeze.

🦇BTAS 12 – Mr. Freeze 🥶 One more for the Batman Animated series. Getting close to the villains I wanted to make for this. A few more before moving to some heroes. #batman #joker #btas #batmantheanimatedseries #dc #mrfreeze

🦇BTAS 11 – Catwoman Continuing on the villains. A few more to do before we start some heroes 🐈 #dc #batman #joker #catwoman #harleyquinn #comics

“Your angel of death awaits…”

One of Batman’s most deadly foes is the titular antagonist from the first feature-length Batman: The Animated Series film, Batman: Mask of the Phantasm.

Dr. Kirk Langstrom looks more monstrous and menacing than we’ve ever seen him as a result of his human/bat DNA hybrid serum thanks to Raf’s frightening, realism-tinged portrayal.

“You’ve upstaged me for the last time, Batman. Time to bring down the curtain.”

Another character from Batman’s rogues gallery with uncanny, terrifying abilities is the shape-shifting, mud-like Clayface.

🦇BTAS 08 – Clayface Thanks for all the support on this series guys! I’m having too much fun and I’m glad some of you are enjoying as much as I am. I started working on man-bat yesterday, I’ll post that one next🦇 #batman #comicbook #batmantheanimatedseries #dc

The Clown Prince of Crime and Batman’s perpetual arch-nemesis, The Joker, looking like his iconic 90s cartoon form brought to life. We can almost hear Mark Hamill’s demented laughter and trademark voice escaping from his rictus grin.

🦇BTAS 07 – Joker Swipe to see all the Batman villains so far! Having a lot of fun with these, Batman the animated series brings back a lot of good memories! Clayface next! 🤘🏼 #dc #joker #btas #comics #comicbook @hamillhimself #batman

Of course, if you’re going to include Batman: The Animated Series‘ Joker, you’d be remiss to not think of his sadistic sweetheart, Harley Quinn.

Harley Quinn was first introduced in Batman: The Animated Series episode “Joker’s Favor,” and has since gone on to become one of the DC Universe’s most popular characters, starring in her own comic book series as well as the Suicide Squad and Birds of Prey DC Extended Universe films.

Another well-known Batman villain is Oswald Cobblepot, AKA The Penguin. The monocle-sporting, aquiline-nosed, overweight, weaponized umbrella-toting criminal mastermind has been a talon in Batman’s side since his first appearance in Detective Comics #58, published in 1941.

🦇BTAS 06 – Penguin The boy is here you haters! 😂 I’m starting on my Joker rendition of the Batman the Animated Series for tomorrow’s post! This sketches are making me want to do @jimlee ‘s Hush series someday I’ll share the full poster comp I’m working for these characters tomorrow. There are only a few characters left to do. #btas #dc #penguin #batman #hatersgonnahate

🦇BTAS: Scarecrow Day 4 on the series! Hope you fans of the Batman the Animated Series are enjoying this. I’m having a lot of fun working on my rendition of the cast. Penguin tomorrow? 😂 #dc #batman #villains #scarecrow #comics #conceptart #characterdesign @comicbook @dcgramm

Born with a genetic mutation that gave him reptilian-looking skin, Killer Croc looks was a pro wrestler turned one of Batman’s most physically imposing foes in Batman: The Animated Series.

🦇BTAS: Killer Croc 3rd character rendition from Batman: The Animated Series. Loving this so far. I really hope we see more animated movies in the future after the success of spider verse. Maybe tomorrow it will be Penguin’s time 😂 Keep voting and sharing, thank you for following this series and I hope this inspires you a bit during this quarantine times 🙌🏻 🦠🧻 More tomorrow! Let me know who you want to see from the show. #dc #batman #killercroc #bane #comics #btas #conceptart

“You cannot do this to me! I am invincible! I AM BANE!”

A former inmate of Pena Duro prison in Cuba, Bane was hand chosen to be injected with a super-steroid called Venom to become Batman’s most formidable foe. Bane not only has superhuman strength, speed, endurance and durability — he also possesses a genius level intellect, making him a match for Batman in both body and mind.

🦇BTAS: Bane Second character from the Batman Animated Series. Bane has always been one of my favorite villains. Having a lot of fun with these. More tomorrow! I’ll open for voting later today again for the next character on my stories. #btas #batman #bane #dc #conceptart #characterdesign #comics #sketchbook

Another mainstay in Batman’s rogues gallery is Harvey Dent, AKA Two-Face, a former District Attorney turned vicious criminal after his career was ruined by a freak explosion. The explosion not only left him horribly scarred but also exacerbated his schizophrenia, bipolar disorder, and dissociative identity disorder. All major decisions Two-Face makes are done with the aid of his lucky coin, which was also damaged in the accident.

BTAS: Two-Face 🦇 My rendition of “Batman: The Animated Series”. I love the show and I hope one day we get a CG Batman movie (not LEGO Batman)👌🏼 I’m planning to sketch all my favorite characters, starting with Two-Face. I don’t see a lot of blue version two-face out there and it’s one of my favorite takes on the character! More soon! 🙌🏻 #btas #batman #twoface #comics #dc #batmananimatedseries 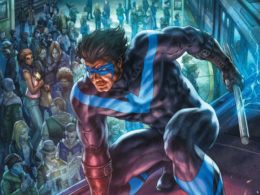 One bullet robbed Nightwing of his memories and identity. One bullet erased Dick Grayson and replaced him with…
byJay W 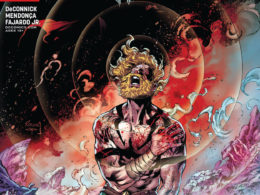 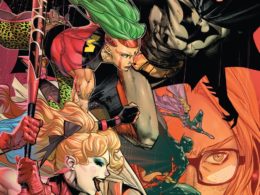 The only thing standing between an insane, heavily armed Peacekeeper-01 and a high body count in Gotham City…
byJay W 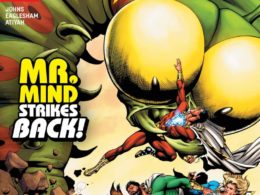 He’s baaaaaaack! The greatest kid superhero ever faces the worst teen supervillain as Billy Batson and the Shazam…
byJay W