Rumor: Hailee Steinfeld signs on as Kate Bishop in Hawkeye series on Disney+

Although actress Hailee Steinfeld (Bumblebee, Spider-Man: Into the Spider-Verse) seems a perfect bullseye for the role of Kate Bishop, Clint Barton’s protege in the upcoming Hawkeye series on Disney+, and has even had her name attached to the role in rumored fashion a few times over, there has never been any confirmation. Until now.

According to The Illuminerdi, whose track record includes reporting on Christian Bale signing on as the villain in Thor 4 before Tessa Thompson comfirmed it and Mark Ruffalo signing on for She-Hulk, the 23-year-old Steinfeld has signed on as Bishop for Hawkeye. The series is expected to begin production this October and air sometime in 2021.

Back in November, when asked about her role as Bishop, Steinfeld said, “That’s not something that’s necessarily happening. We’re going to wait and find out, I guess.” Not even a week later, due to conflicts with her Apple+ TV deal, it was reported that Steinfeld was no longer in the running for the role. Luckily, that’s not the case anymore.

Kate Bishop was created by Allan Heinberg and artist Jim Cheung and made her first appearance in Young Avengers #1 in April 2005. After the events which transpire in Avengers #502, Kate is forced to assume the Hawkeye mantle and subsequently becomes his student in the Marvel NOW! Hawkeye series.

Hawkeye will feature Jeremy Renner returning in his role as Hawkeye and now, Hailee Steinfeld as Kate Bishop. The Marvel Cinematic Universe television series, written by Jonathan Igla (Mad Men) and produced by Marvel Studios president Kevin Feige, is one of many series planned to debut on Disney+ alongside The Falcon and the Winter Soldier, Loki, Ms. Marvel, WandaVision, She-Hulk, Moon Knight and an animated What If…?.

What do you think of the news of Hailee Steinfeld Hawkeye news? Do you think she’ll hit the mark as Kate Bishop in the upcoming Disney+ series? Sound off in the comments. 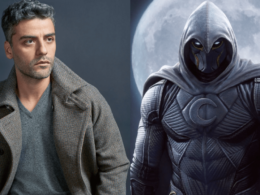 As the phase tasked with following Infinity War: Endgame, the culmination of over a decade of Marvel films,…
byJay W
No comments 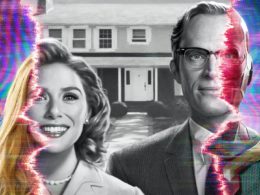