This Spider-Man: Into the Spider-Verse Spider-Gwen cosplay is spectacular

Spider-Gwen took the Spider-Verse and beyond by storm with her appearance in the 2018 animated superhero film, Spider-Man: Into the Spider-Man film so it’s no big surprise that the character (voiced by Hailee Steinfeld) is an uber-popular cosplay choice. Of course, Spider-Gwen’s sensational black, white, purple and neon-blue hooded Spider-costume design is a major contributing factor to that popularity as well.

Notwithstanding, among a sea of Spider-Gwens, cosplayer Shirogane-sama is one of the best. She not only sports the Spider-Gwen costume with aplomb or rocks the alternate universe Earth-65 Gwen Stacy haircut with adroitness — she brings Spider-Gwen to life and then some. Check out the following gallery from Shirogane-sama to see what we mean.

Spider-Man: Into the Spider-Verse Spider-Gwen cosplay

Spider sense ~~ The first photo from my new shoot! Hope you like 😉 Spider Gwen is so cool lady ❤️ Yes, I get a haircut especially for Gwen x) Mope photod will be available on my Patreon page: https://www.patreon.com/shiroganesama (link is in bio) Ph by @ovsyan.ph #spiderman #spidergwen #gwenstacy #gwenstacycosplay #spidergwencosplay #cosplay #cosplayer #cosplaygirl

Gwanda x) What is your favorite super hero? And why? More photos as usual are here: https://www.patreon.com/shiroganesama (link is in bio) ❤️ Ph: dear @ovsyan.ph Btw, now I'm in China, Ningbo x) I'll work on event as a cosplayer. I bring my Tracet cosplay for this. When I was leaving Moscow is was – 15° there. And in Ningbo it's +10-+15 and I'm melting 😂 P. S: But now in Ningbo 3:55 AM and I MUST SLEEP BUT I CAN'T (It's five hours more than in Moscow) #gwenstacycosplay #gwenstacy #spidergwen #spidergwencosplay #spiderman #comics #cosplay #cosplayer #cosplaygirl #superhero

Spider-Gwen is a character from an alternate dimension where Gwen Stacy was bitten by the infamous radioactive spider instead of Peter Parker, which was the catalyst for her becoming the Spider-Woman equivalent of that world.

Sunny girl 💛 There is a lot of good comments under my Gwen cosplay photos. I didn't expect, friends, thank you so much ❤️ Extra photos as usual are here: https://www.patreon.com/shiroganesama (link is in bio) Photos by @ovsyan.ph #gwenstacycosplay #gwenstacy #spidergwen #spidergwencosplay #spiderman #cosplay #cosplayer #comics #cosplaygirl

Spider-Gwen is also known as Ghost-Spider in some continuities.

Like Shirogane-sama’s Spider-Gwen cosplay? Show her some support on Patreon page. 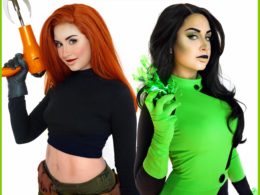 If you’re anything like us then Kim Possible, with its clever mix of action-adventure, crime fighting, unique gadgets…
byJay W 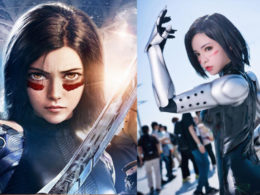 This Alita: Battle Angel cosplay is so good it must’ve been her destiny

We’ve seen some impressive cosplay in our day, but this Alita: Battle Angel cosplay by SixTwo2 is impressive…
byJay W 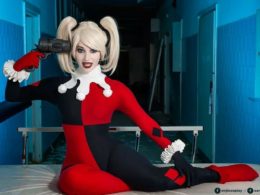 This Harley Quinn cosplay by Enji Night is crazy good

As much as we love the look of Harley Quinn’s costume in Suicide Squad and Birds of Prey:…
byJay W 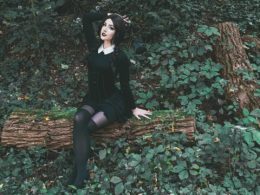