After several months of temporarily referring to the next MCU Spider-Man movie as something along the lines of “MCU Spider-Man 3,” thanks to a social media reveal on Wednesday featuring Peter Parker/Spider-Man actor Tom Holland, Jacob Batalon (Ned Leeds) and Zendaya (Michelle Jonas), we now have an official title to couple with the upcoming film: Spider-Man: No Way Home.

Spider-Man: No Way Home, which will take place after the events of Spider-Man: Far From Home, has a surprising amount of actors from past Sony-helmed Spider-Man films both rumored and confirmed to be attached, such as Willem Dafoe’s Green Goblin, the main antagonist from 2002’s Spider-Man, Alfred Molina’s Doctor Octopus from Spider-Man 2, Thomas Haden Church (Sandman from Spider-Man 3), Jamie Foxx as Electro (from the Spider-Man sequel starring Andrew Garfield), Charlie Cox as Matt Murdock from Netflix’s Daredevil series (rights-wise, the Netflix Marvel titles are now back under the MCU canon) and even past Spider-Man/Peter Parker actors such as Tobey Maguire and Andrew Garfield, leading many to speculate that Spider-Man: No Way Home will tread ground in alternate dimensions, a la Spider-Man: Into the Spider-Verse.

Perhaps just as interesting as the return (however brief, or limited to cameo appearances the returns may be) of the aforementioned characters is the fact that Spider-Man: No Way Home will be released on December 17th, 2021 in theaters only, meaning the movie will not make its debut on streaming formats (as has been the case with major releases over the past year or so as a result of the coronavirus pandemic). With hopes that the COVID-19 vaccine will have mitigated the effects of the pandemic by December, hopefully an in-theater release for Spider-Man: No Way Home is an event that can bring business back to movie theaters in safe and lively fashion.

What do you think of the official title for the next MCU Spider-Man film, Spider-Man: No Way Home? Let us know in the comments. 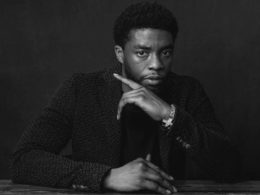 Black Panther actor Chadwick Boseman has died at age 43 after a years-long-battle with cancer. Boseman passed at…
byJay W
2 comments 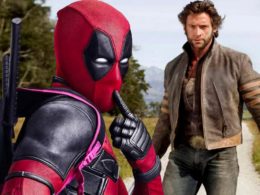 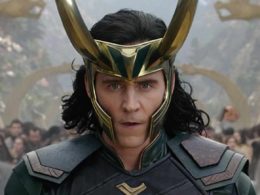