Sandman creator Neil Gaiman responded recently to criticism regarding the casting for the Netflix series, which broke into Nielsen’s Top 10 streaming ranking upon its release on August 5th, recorded 1.02 billion minutes viewed in its first three days of availability and was recently renewed for a second season.

When asked what he thought was the most controversial aspect of the show, Gaiman responded by saying that “nothing much has been very controversial,” and that those who were upset with elements of the show such as casting decisions “weren’t Sandman fans.”

“The truth is nothing much has been very controversial,” Gaiman said in an interview with Inverse. “Death’s casting (Kirby Howell-Baptise) wasn’t controversial with Sandman fans, because Sandman fans know that The Endless are supposed to look like what the people looking at them think they look like. So the people that were getting all upset that this, when you talked to them, they weren’t Sandman fans.”

Gaiman continued with rebuttals of disparagement aimed towards The Sandman casting of Gwendoline Christie as Lucifer and the anger it supposedly incited among fans of Tom Ellis, who plays the titular role of Lucifer Morningstar (which is technically the same character in the DC Universe) in the Lucifer series, which can also be streamed on Netflix.

“The people that were getting all upset about Lucifer’s casting [Gwendoline Christie] and were up in arms about the ‘gender swap,’ again, weren’t Sandman fans because then they’d know that Lucifer looked kind of like an androgynous David Bowie and doesn’t have any genitalia because they’re an angel.” Gaiman added, “Other grumpy people tended to be Tom Ellis fans, who were like, ‘I love Tom Ellis! Lucifer is based on him, why didn’t you cast him?’ And honestly, he’s not. He’s a lovable rogue. He’s a scab. He wouldn’t work in Sandman because we have to get someone that makes people scared.”

Gaiman also commented on the casting of Jenna Coleman as Johanna Constantine and the gender swap that took place with Johanna and John Constantine in Gaiman’s Sandman comic series.

“And the other one was Lady Johanna Constantine,” Gaiman continued. “Again, people were like, why did you gender-swap John Constantine and why did you replace him with this imaginary character that we’ve never seen in the comics before? But Sandman fans know that she was a character introduced in Sandman No. 13 in 1989 and that she goes off and has several more adventures in the Sandman storyline. So it was much more economical for us to get her and to have Jenna play her.”

Finally, Gaiman commented on those who voiced their disapproval of gay characters cast in The Sandman and accusations of contrived wokeness with a simple but effective, “Have you read the comics?”

Do you think Neil Gaiman handled the complaints surrounding Netflix’s The Sandman casting well? Should he even have to address such complaints or were his answers needed? Let us know what you think in the comments. 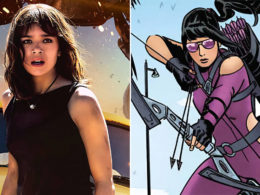 Rumor: Hailee Steinfeld signs on as Kate Bishop in Hawkeye series on Disney+

Although actress Hailee Steinfeld (Bumblebee, Spider-Man: Into the Spider-Verse) seems a perfect bullseye for the role of Kate…
byJay W
One comment

If you’re a comic book and video game head like I am, it’s due time you followed Raf…
byJay W
No comments

There’s no shortage of robots in disguise to keep track of in the new Netflix Transformers: War for…
byJay W
No comments 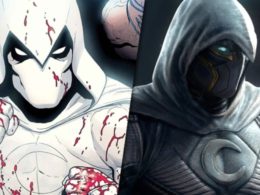