The last issue of Darth Vader brought the Sith Lord formerly known as Anakin Skywallker to the final resting place of his former wife and the mother of his children, Padme Amidala, where his entrance was barred by the queen’s loyal handmaidens — who of course, have no idea about Darth Vader’s connection to Padme.

A QUEST FOR TRUTH…A JOURNEY OF DESTRUCTION! DARTH VADER’S search for revenge against those who hid his son Luke reaches a terrible climax – at the tomb of PADMÉ AMIDALA! What secrets does he learn? And who will pay as a result? All the answers are coming – in the ruins of POLIS MASSA – the birthplace of Luke Skywalker! 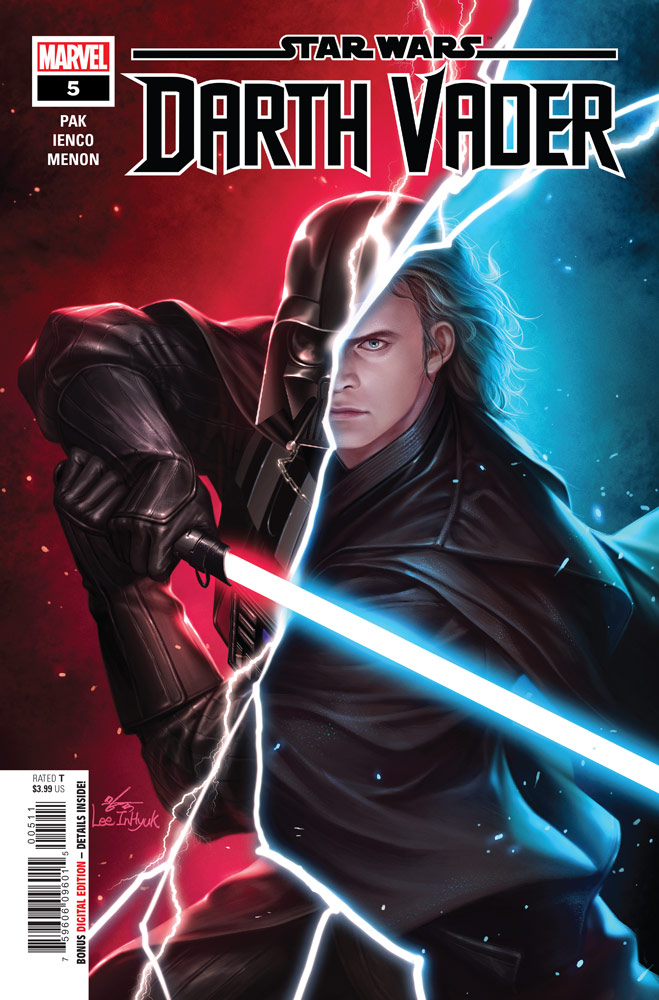 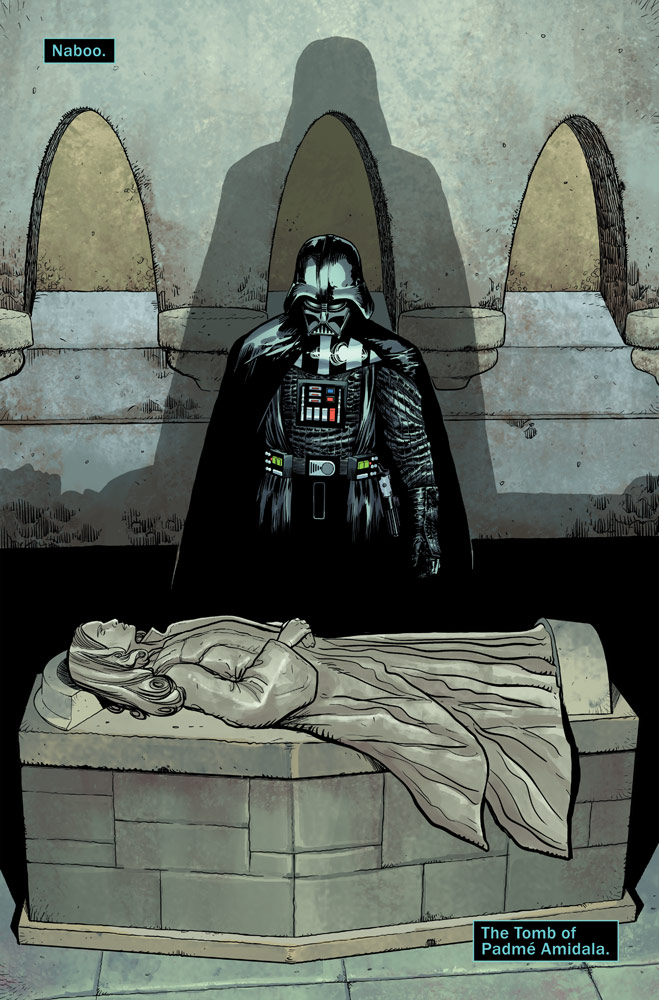 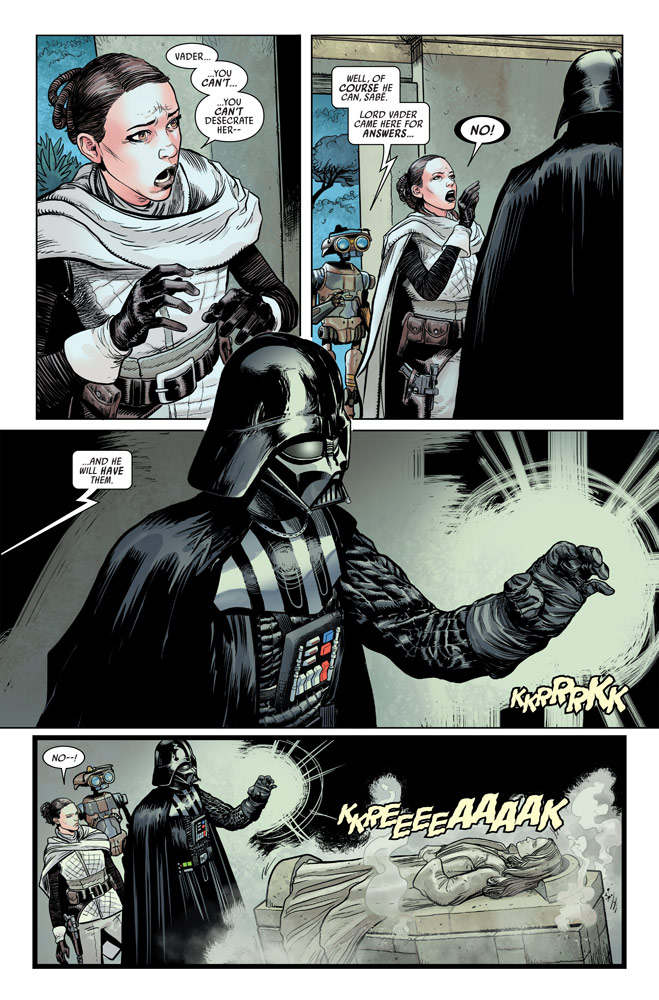 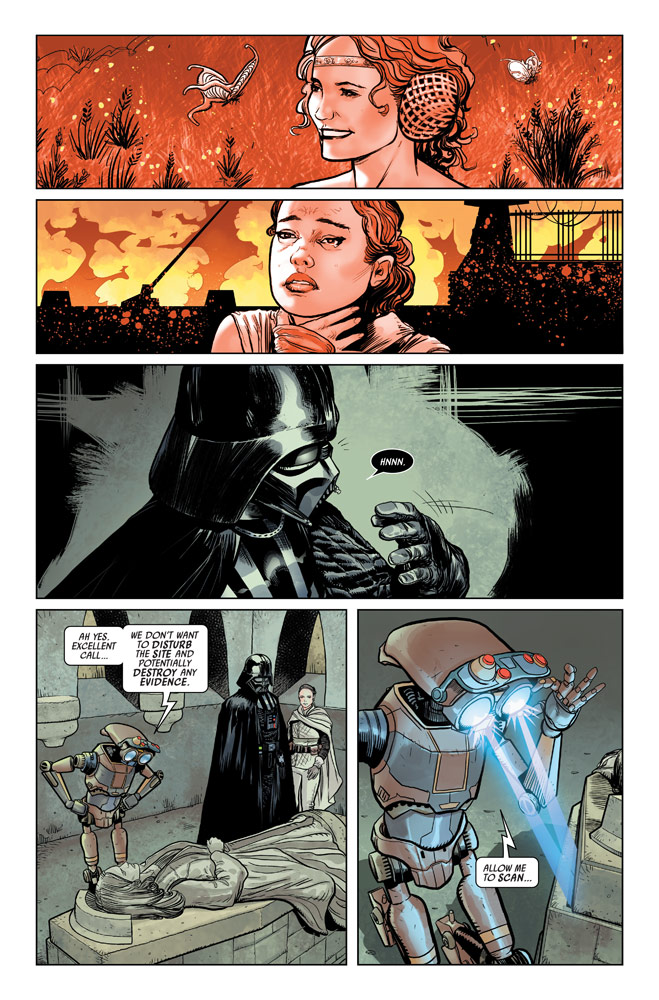 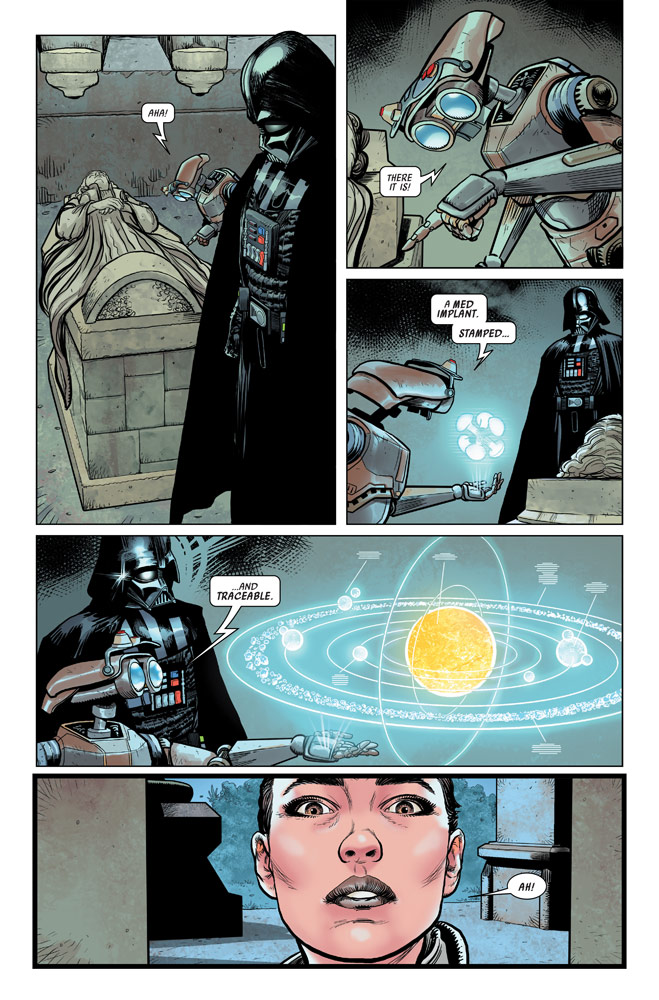 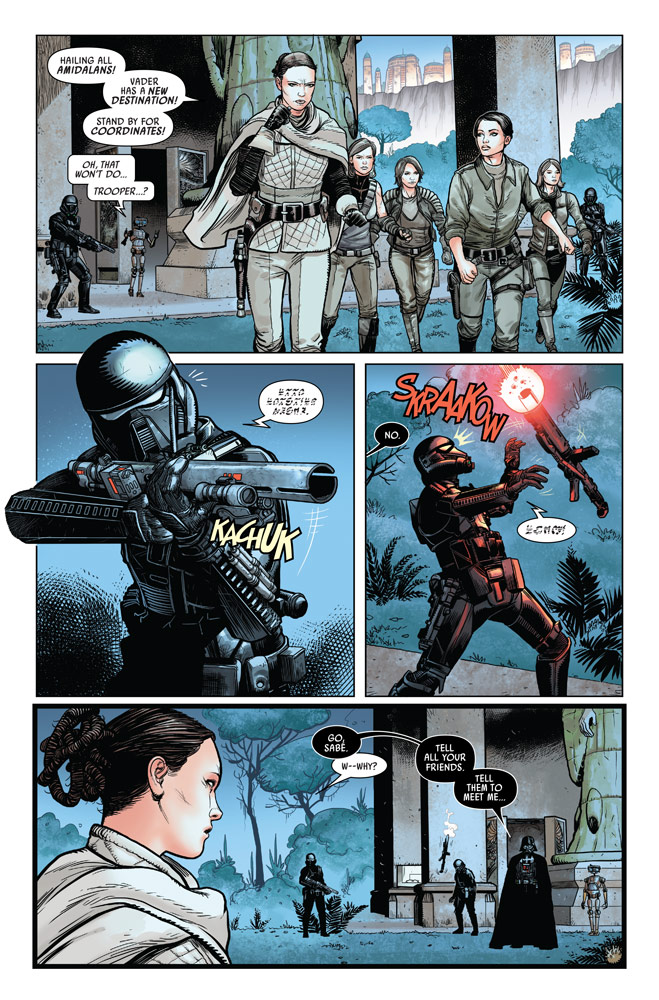 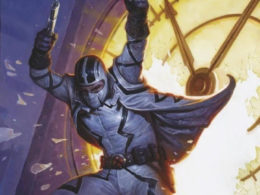 The Biomechanoid menace is growing exponentially, and the only line of defense for the Earth? The Avengers! While…
byJay W
No comments 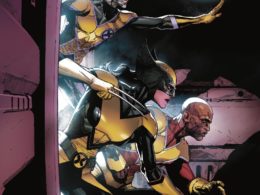 INSIDE THE VAULT! It’s been a long time since the team went into the vault. A long time.…
byJay W
No comments